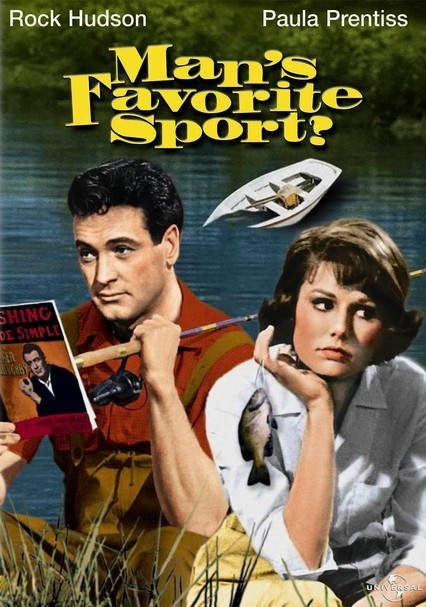 1964 NR 2h 1m DVD
In this entertaining 1960s comedy, Rock Hudson plays Roger Willoughby, a fishing gear salesman for Abercrombie & Fitch who's ordered by his boss to participate in a fishing competition. There's only one problem: Roger's never worked a rod and reel in his life! But he goes along with the charade, until he meets the beautiful Abigail Page (Paula Prentiss) ... and becomes involved in a sport of a very different kind.