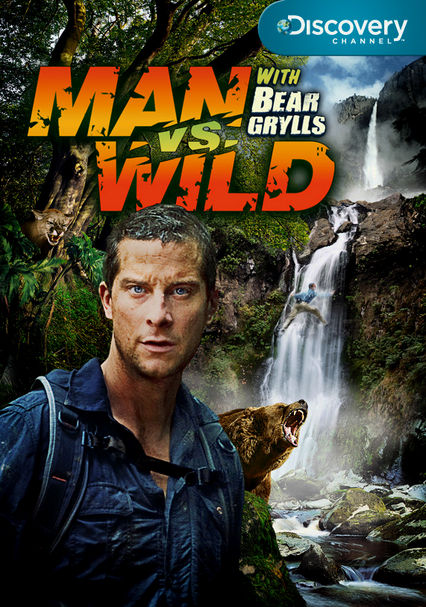 2006 TV-PG 5 seasons
Whether he's braving scorching temperatures in the Sahara or trekking his way across a glacier, there isn't a situation on Earth ex-British special forces soldier Bear Grylls can't survive -- even if he's forced to drink his own urine to stay alive.

Relying on his survival training as a British Special Forces soldier, Bear Grylls takes on a slew of extreme environments in this riveting series that finds him escaping from a frozen lake and confronting sharks, among other dangers.

In this collection of the reality survival series, Bear Grylls pits himself against the Florida Everglades, the Australian Outback and the Amazonian jungles, relying on his master survival skills and common sense to find his way back to civilization.

Adventurer Bear Grylls is back for another test of survival in this edition of the Discovery Channel series. Grylls drops into the Sahara Desert, heads off to the jungles of Panama and crosses a glacier in Patagonia to search for food in caves.

In Zambia and Namibia, Bear Grylls faces roaring rapids and scorching heat. Next, he can't locate any clean water in a Tsunami-damaged jungle swamp off the Indian Ocean. And in the frigid Siberian tundra, Grylls must find shelter before nightfall.

In this collection of the death-defying reality show, Bear Grylls gets buried in an avalanche in the Canadian Rockies, braves a sandstorm and flash flood in the Mojave Desert, navigates shark-infested waters in the South Pacific and more.

Parents need to know that this riveting adventure show depicts a trained survival expert escaping from dangerous natural locations. Viewers see him attempting dangerous maneuvers while describing the reasons for his choices, as well as the proper technique for achieving success. His actions are never rash, though at times he takes risks to demonstrate something particularly interesting, like how to escape quicksand. Occasionally Grylls appears naked, but his genitals are always blurred and the nudity is never sexual.

None; some non-sexual nudity -- with genitals blurred but butt exposed.