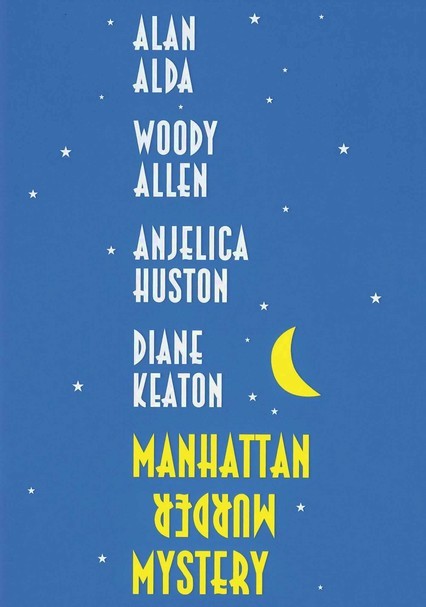 1993 PG 1h 49m DVD
When an elderly neighbor in good health unexpectedly dies, New Yorker Carol Lipton is convinced that the death was no accident and ropes a few of her friends into investigating, despite protests from her skeptical husband.

Parents need to know that this witty, wonderful Woody Allen film focuses on the possibility that a murder has occurred, but there's only some mild comic violence during the climax. The main characters snoop around to dig up the truth, even lying to their neighbor, who they suspect of the crime. There's some suggestive dialogue and rare swearing (including "s--t").

No sex, though some discussion of sex and suggestive comments.

The couple at the center of the film suspects their neighbor has murdered his wife and spend much of the film wondering if any foul play has actually occurred. By the end, there's a dead body, a chase scene, and some comic gunplay.

Occasional swearing, including "s--t" and "damn."

This film about couples and how people who love each other get along sends a mostly positive, if comic, message about long-term relationships.

Some social drinking at restaurants and small gatherings in apartments.