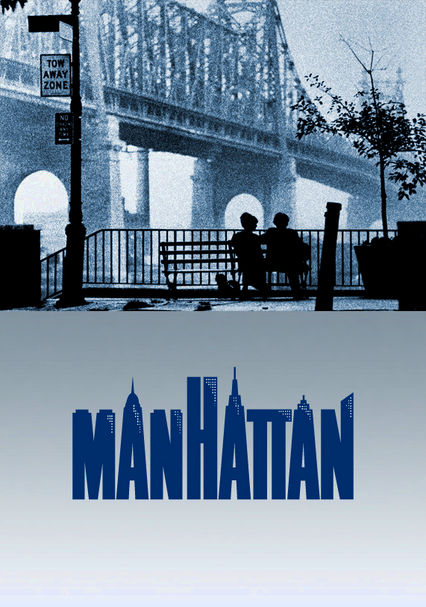 1979 R 1h 36m DVD
In this insightful slice of life, television writer Isaac Davis -- who's in the throes of a midlife crisis -- finds himself torn between an adoring high schooler and his best friend's high-maintenance mistress.

Parents need to know that Manhattan, Woody Allen's black-and-white film released in 1979, intentionally and successfully infuses romantic comedy with serious thematic material. Human frailty, fragility, fear of loss and death, self-delusion, and insecurity are the topics to which Allen brings both his wit and originality. He explores these profound themes by looking at a series of relationships between friends and lovers, touching on infidelity, a 42-year-old man's affair with a 17-year-old girl, a lesbian partnership, and problems of intimacy and commitment. Characters embrace, kiss, and are shown in bed together. Expect some coarse language ("f--k," "bulls--t," "penis") and discussions of orgasm and sexual prowess. Filled with intellectual and cultural references, conversations and observations are funny, wise, and sophisticated. Characters occasionally consume adult beverages (getting tipsy in one sequence), mention prescription drug use, and smoke.

Though there is no overt sexual activity other than kissing and scenes of couples in bed together, sexual behavior and sexual themes are primary elements. Adultery, unfaithfulness, monogamy vs. serial relationships, orgasms, lesbian partnerships, and an ongoing liaison between a 42-year-old man and a 17-year-old girl all are portrayed and/or discussed.

Presents universal truths and emotions -- humankind's search for love, search for meaning in life, fear of loss, fear of death -- and shows a variety of coping mechanisms, some successful but most not. Looks at human frailties, compromise, integrity, and self-delusion. Declares that the movie is telling the story of "people creating unnecessary problems for themselves because they don't want to deal with the unsolvable, terrifying facts about the universe."