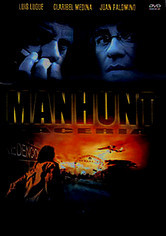 2002 NR 1h 30m DVD
Redemption is more than just the name of the Argentine town where Daniel (Luis Luque) returns after renouncing his life of crime. It is also a metaphor for Daniel's character as he attempts to reconcile his past and reclaim the idyllic town of his youthful memory. But trouble sometimes just follows a man; in this case, it comes in the form of two carloads of "enforcers" from the Argentine underworld who are intent on some payback.