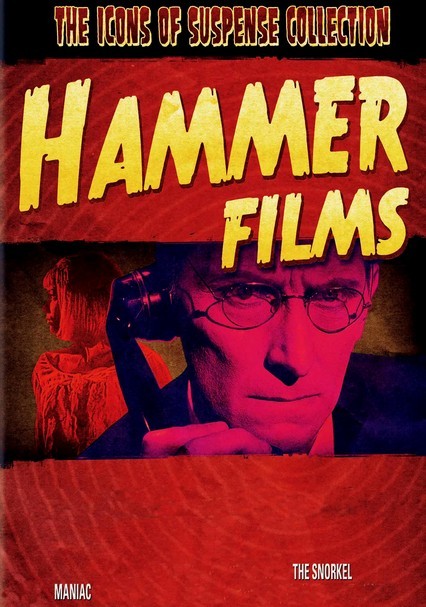 1958 NR 2h 56m DVD
Thrills and chills flood the screen in this classic double feature from Hammer Film Productions -- the British studio notorious for its Gothic horror flicks -- when a blowtorch-wielding psycho and a scheming stepfather stalk their prey. In Maniac, an escaped mental patient is linked to a killing spree that terrorizes the town. In The Snorkel, a girl is convinced that her stepfather murdered her mother, but no one seems to believe her.