Marcus Garvey: Look for Me in the Whirlwind: American Experience 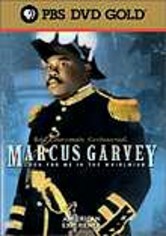 Marcus Garvey: Look for Me in the Whirlwind: American Experience

2001 NR 1h 30m DVD
This powerful installment in PBS's "American Experience" series chronicles the dramatic rise and fall of Marcus Garvey, a Jamaican-born activist who immigrated to the United States and set up headquarters for the Universal Negro Improvement Association. The program compiles film footage, photographs and writings of the era and includes interviews with the descendents of men and women who aligned themselves with Garvey's movement.