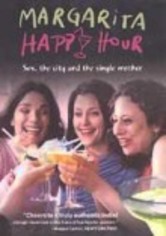 2001 NR 1h 38m DVD
Eleanor Hutchins turns in an engaging performance as Zelda, a New York City freelance illustrator and single mother who relishes the underground art scene and tries to hang on to a bohemian way of life even though she needs to grow up. When she isn't caring for her infant, her deadbeat beau (Larry Fessenden) and a friend just released from detox (Holly Ramos), Zelda hammers out her problems with four female confidants during weekly happy hours.