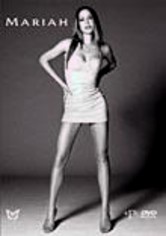 1999 NR 1h 15m DVD
This compilation culls the biggest hits from previously released collections of Mariah Carey's music videos, including "Mariah Carey," "MTV Unplugged" and "Mariah Carey at Madison Square Garden." The video includes more than 15 songs, including "Fantasy" (with O.D.B.), "I'll Be There" (with Trey Lorenz), "One Sweet Day" (with Boyz II Men), "Always Be My Baby" and both mixes of "Heartbreaker" (featuring Jay-Z, Da Brat and Missy Elliott).