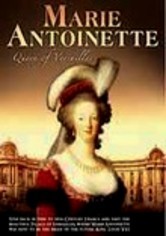 2006 NR 0h 58m DVD
Born an Austrian princess, Marie Antoinette was sent to the French court at age 14 to marry into the royal family as part of a peace treaty. This fascinating documentary examines the life and legend of one of Europe's most famous crowned heads. Best remembered as the queen who was guillotined during the height of the French Revolution, the wife of King Louis XVI displayed remarkable courage as the entire nation turned against her.