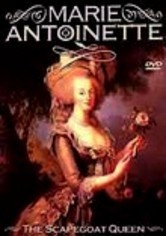 2006 NR 1h 8m DVD
From Austrian princess to ill-fated last queen of France, Marie Antoinette's life journey is captured in this meticulously researched documentary about the woman who is considered to have triggered the French Revolution for her lavish lifestyle. Vilified for extravagant tastes that epitomized the wanton excess of the French aristocracy, the young queen found herself caught in a political firestorm, doomed no matter what course she followed.