Marilyn Alive and Behind Bars 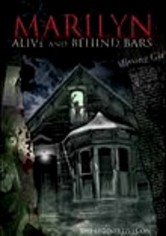 Marilyn Alive and Behind Bars

1992 PG-13 1h 30m DVD
An emotionally distraught man becomes a puppet in the hands of two twisted doctors in this horror flick. After his bride's death, Harry (John Phillip Law) is sent to a sanitarium run by immoral doctors Brewer (Arthur Braham) and Fargo (Sharon Ratcliff), who use a drugged, incoherent Harry to capture beautiful girls for their own nefarious gain. But with the help of movie star Marilyn Monroe (Francine York), Harry attempts a daring escape.