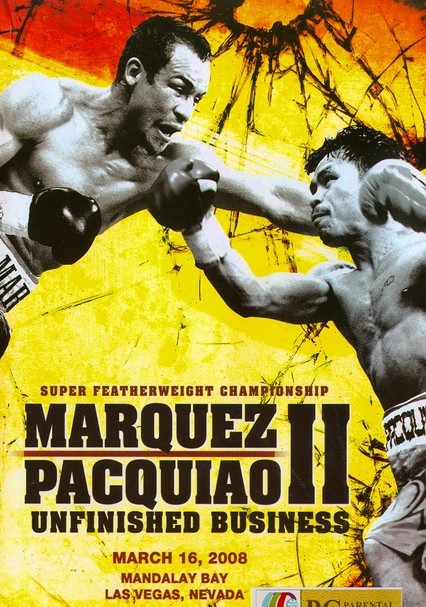 2008 NR 1h 15m DVD
Nearly four years after their last showdown, Filipino favorite son Manny "Pac-Man" Pacquiao and Mexican powerhouse Juan Manuel Marquez battle it out for boxing supremacy in this highly anticipated rematch held March 15, 2008, in Las Vegas. The fearsome featherweights go for the knockout at the Mandalay Bay Resort and Casino as World Boxing Association champ Marquez puts it all on the line to defend his title against challenger Pacquiao.