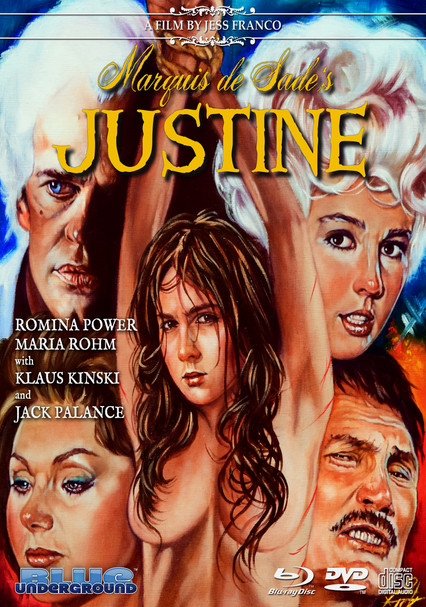 1969 NR 2h 4m DVD
The infamous Jess Franco's wanton tale, fully restored in this version and including footage that was cut from the original film, is based on the work of the Marquis de Sade. Two sisters, Justine (Romina Power) and Juliette (Maria Rohm), are thrown out of a French orphanage; although her sister quickly adapts to the world of prostitution, drugs and confusion that meet them outside, the chaste Justine attempts to fight the perversion, to no avail.