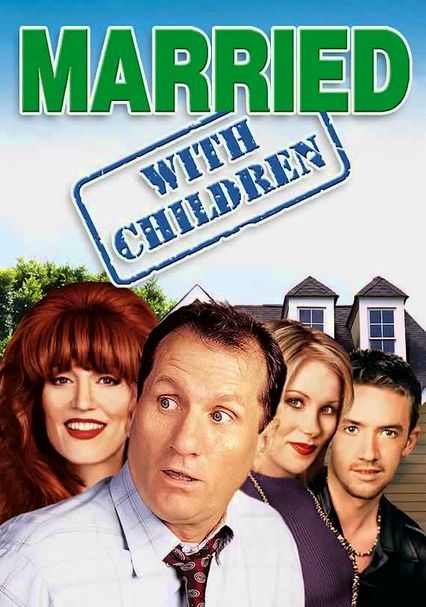 1987 TV-PG 4 seasons
Ushering in a new era of family sitcoms, this raunchy series follows the trials and tribulations of the Bundy clan, headed up by Al, a loser who sells women's shoes, and Peggy, his sex-starved wife.

The Bundys are forced to take on a new child when Peggy's (Katey Sagal) relatives drop off little Seven (Shane Sweet). Meanwhile, Al (Ed O'Neill) moonlights as a topless bartender, Bud (David Faustino) appears on a game show for single guys and Kelly (Christina Applegate) buys a motorcycle. Also, Marcy (Amanda Bearse) introduces Peg to a new diet to improve her marriage, and the Bundys take a vacation to near-beautiful Dumpwater in Florida.

In the 11th and final season of this hit sitcom, chronically down-on-his-luck Al Bundy (Ed O'Neill) and his self-absorbed wife, Peggy (Katey Sagal), get a trial separation to find out what life would really be like without each other. Meanwhile, ditzy daughter Kelly (Christina Applegate) continues her schemes to break into show business, and hormone-driven son Bud (David Faustino) begins dating Al's boss.

Occasional pushing, shoving, and hitting of peripheral characters. But no real harm occurs.

The show presents a wide array of inappropriate and anti-social behavior, including lying, cheating, swindling, and more. None of these actions are intended to be cruel -- just a way of "getting ahead" (which is iffy in its own right). References to women and women's body parts are often sexist. At the end of the day, though, the Bundys, despite their dysfunctional behavior, clearly care about each other.

Peg is materialistic, but no brand-name products are shown.