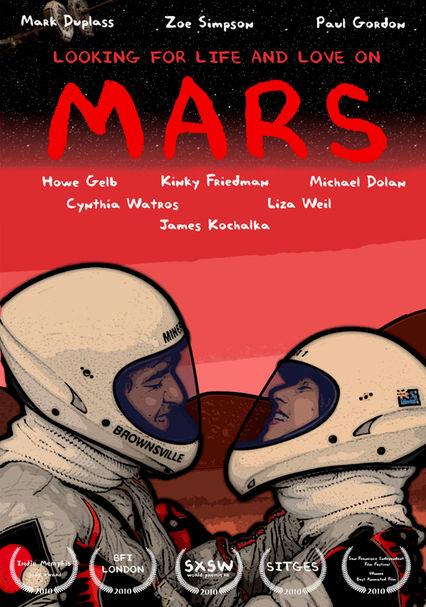 2010 NR 1h 23m DVD
Using the bold, bright colors of a graphic novel, this animated romantic comedy follows three astronauts as they race against a robot-manned spaceship to become the first crew to land on Mars. Along the way, they endure boredom, stress and love. As Charlie (Mark Duplass), Casey (Zoe Simpson) and Hank (Paul Gordon) travel ever closer to the Red Planet, the nature of exploration -- and why we are so drawn to the heavens -- is compellingly examined.