Martin & Lewis: At War with the Army 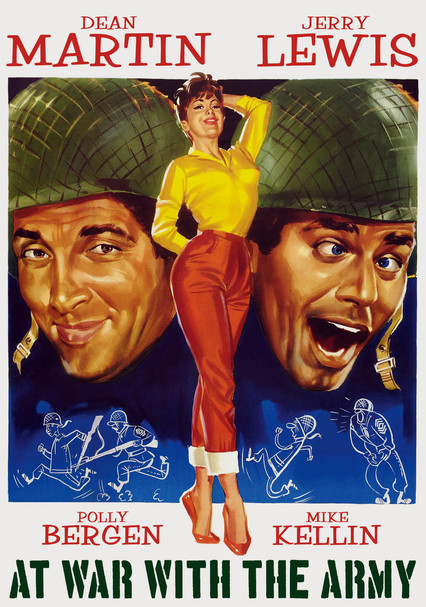 Martin & Lewis: At War with the Army

1950 NR 1h 30m Blu-ray / DVD
Comedy duo Dean Martin and Jerry Lewis come together for the first time in this slapstick-heavy feature. Vic Puccinelli (Martin) and Alvin Korwin (Lewis) are buddies who join the army and subsequently find themselves knee-deep in mischief at boot camp. Puccinelli is promoted to first sergeant, while Korwin's career stalls due to his endless clumsiness. Meanwhile, Puccinelli begins to romance Helen (Polly Bergen), a beautiful young local.