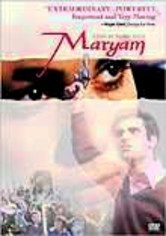 2002 NR 1h 30m DVD
It's 1979 and Mary, an Iranian-American teenager, pursues fun and romance in the New Jersey suburbs. Mary's world is radically transformed, though, when Ali, her fundamentalist Muslim cousin, comes to live with her family. Then, Americans are taken hostage in Iran, and the American backlash against Iranians is felt. Ali's disclosure of the family's dark history force Mary to come to terms with her own unique, culturally divided identity.