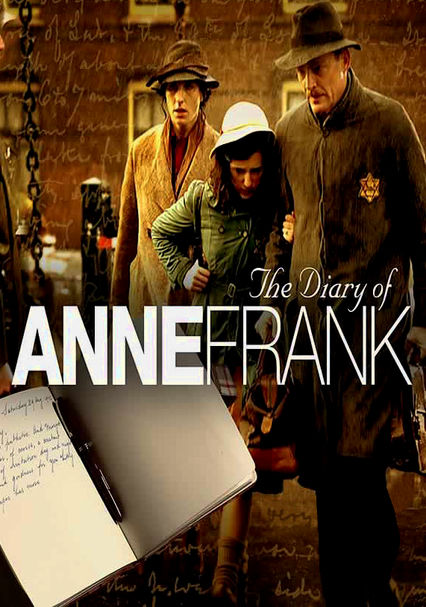 2009 NR 1h 40m Blu-ray / DVD
In this production based on the classic book, teenager Anne Frank tells, in her own words, how she and her Jewish family hid from the Nazis during World War II. As time drags on, they must balance the fear of their situation and "normal" family life

Parents need to know that this BBC version of The Diary of Anne Frank portrays a much more realistic teenage Anne, who is occasionally self-absorbed, moody, and obsessed with her personal and physical growth. Although the war and the Holocaust still loom over the action in this adaptation, the focus is much more on Anne and the sometimes-strained relationships shared between the cramped inhabitants of the secret annex. Many teens still read the diary as part of school curriculum, but a certain amount of maturity is necessary to see the mini-series. Anne's narration to her diary speaks candidly about her changing body and her budding adolescent sexuality. Like in other adaptations, she and Peter flirt and eventually kiss and start a romantic relationship. Tensions run high every time a bomb is heard overhead or unexpected footsteps heard below, and there are a few intense scenes as everyone in hiding expects the worst.

Anne and Peter flirt, hug, and eventually kiss (a few times). Anne and Margot discuss periods, relationships, and Anne's changing body. Anne's narration explains how she's attracted to Peter and her growing awareness of sexual feelings. One tiny glimpse at Peter's bare bottom after he comes out of the bath. Anne accuses Mrs. VanDaan of flirting with her father.

A few intense scenes as the attic dwellers hear loud explosions from nearby bombs. They also know a thief is in the factory below the secret annex and attempt to confront him, but he gets away. A couple of times, they assume they hear the authorities coming for them, but it's a false alarm. The scene when the Nazis finally do arrive is heartbreaking.

Although the story of Anne Frank is a tragedy underscoring what the world lost because of the Nazis and the Holocaust, there are also many positive messages in the real-life tale. The Franks, the Van Daans, Mr. Dussel, and the Dutch friends who helped hide them are all reminders that even during the most horrible situations, people rise to the occasion and can remain hopeful and, as Anne says, good.