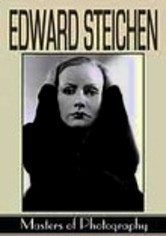 1964 NR 0h 30m DVD
At age 86, Edward Steichen reflects on a career that ranged from portraiture and photomurals to fashion and combat photography in this documentary. Steichen -- who described his medium as "both ridiculously easy and impossibly difficult" -- was one of the 20th century's greatest photographers, as famous for his portraits of artists such as George Gershwin and Greta Garbo as he was for his pioneering work in aerial photography during World War II.