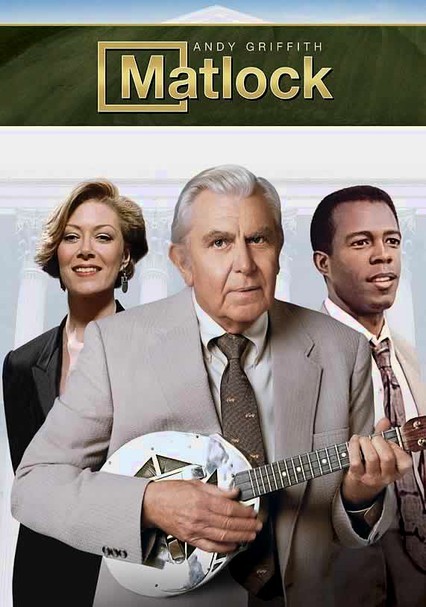 1986 NR 2 seasons
Ben Matlock, the folksy defense attorney played by Andy Griffith in this long-running legal drama, is amiably sly and almost always successful in saving people from being convicted of crimes -- often murders -- they didn't commit. Working out of his Atlanta office, Ben employs an evolving cast of associates -- including his daughter Charlene (Linda Purl) and private investigator Tyler Hudson (Kene Holliday) -- to find justice for his clients.

In this first season of the long-running series, veteran Atlanta attorney Ben Matlock (Andy Griffith) unravels case after case while displaying his uncanny knack for finding the one crucial clue everyone else has missed. Beneath the country lawyer's modest exterior lies a Harvard-trained mind and a relentless drive to uncover the truth. Guest stars include Billy Bob Thornton, Dick Van Dyke, Roddy McDowall, Jonathan Frakes and José Ferrer.