Matt Shepard Is a Friend of Mine 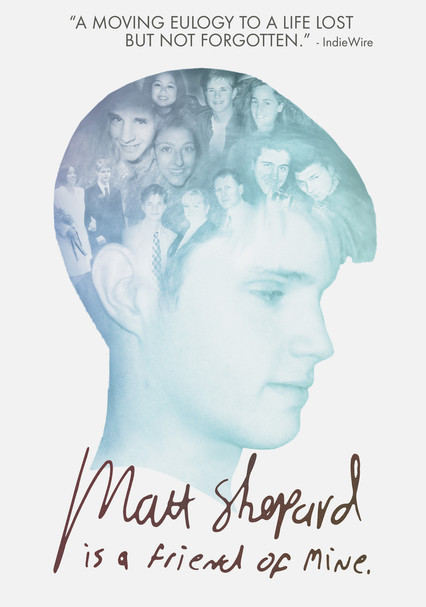 Matt Shepard Is a Friend of Mine

2015 NR 1h 29m DVD
Bringing the modern legacy of hostility toward gays into sharp and searing focus, the uniquely cruel murder of Matthew Shepard in 1998 had a stunning effect on the American public. This poignant documentary recounts his brief life and grisly death.

Parents need to know that Matt Shepard Is a Friend of Mine explores the life and tragic death of a young gay man, including the aftermath of his terrible hate-crime murder. Despite the tragic subject, the film explores friendship, love, and forgiveness, rather than focusing on the anger and intolerance that triggered Shepard's death. The film includes some hurtful images and homophobic slurs, as well as some graphic images of Shepard's battered body; a brutal rape is also discussed. But grappling with the difficult subject matter is worth it; this is an important film with a message that's valuable for older teens.

Shepard's murder is described in detail, and some graphic photos are featured in the film, including images of his battered body and the bloody handgun that was used to beat him to death. One portion of the film describes a brutal rape and its aftermath.

Several scenes include moments when protesters use the slurs "fags" and "faggots." They also carry signs with hateful phrases and images. One person reads some hate mail out loud, which includes words like "a--hole." One person talks about being "pissed off" by the terrible tragedy.

Out of the ugliness behind Shepard's murder came more awareness of the terrible cost of intolerance -- and how common it still is. The film focuses more on friendship, love, and forgiveness than anger and hatred.