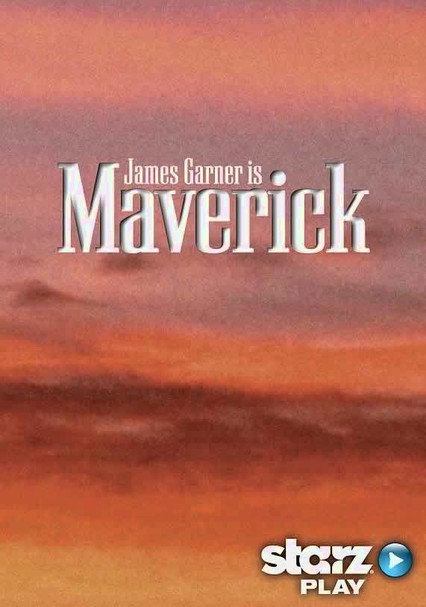 1957 TV-14 1 season
Quicker on a card draw than with a pistol, gentleman gambler Bret Maverick (James Garner) and his brother, Bart (Jack Kelly), drift across the Wild West, going where the game leads them and relying on wit and moxie to keep out of trouble. Playing to each other's strengths, silver-tongued Bret and stouthearted Bart win hands and the occasional lass, with brother Brent (Robert Colbert) and cousin Beau (Roger Moore) joining the duo in later seasons.

Hollywood veteran James Garner stars in this Old West series as Bret Maverick, a charismatic card shark with a knack for landing himself in the middle of conflict -- primarily between law-abiding citizens and the villains who are out to exploit them. Joining Garner in this entertaining series are Jack Kelly as Maverick's straight-talking brother Bart and future James Bond incarnation Roger Moore as the Maverick brothers' English cousin Beau.