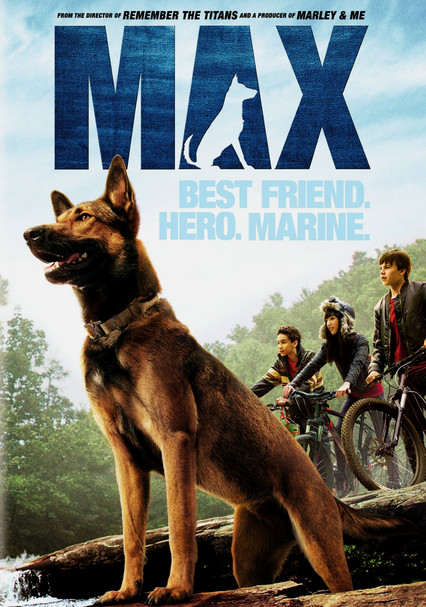 2015 PG 1h 51m Blu-ray / DVD
In this affecting drama based on real events, military dog Max is adopted by the family of his trainer, who was killed in Afghanistan. Besides helping the family overcome their grief, Max's arrival provides new clues about the soldier's death.

Parents need to know that Max is an uplifting -- although pretty intense -- story about a boy who bonds with his dead brother's military dog. It has some heavy themes (specifically, dealing with loss) and very violent moments, including explosions that kill soldiers in combat, threatening confrontations, and chase scenes in which criminals menace teenagers with huge guns. Teen characters kiss, and adults drink beer, but aside from the military violence and other tense moments, there's little iffy content here. That said, things can get emotional as the main character absorbs the movie's central messages about loyalty and heroism.

Soldiers are killed in an explosion. Criminals threaten Justin and his father with huge guns; the bad guys are very menacing throughout the movie, and they target other children, too. Chase scenes. Vicious dogs attack each other. One dog is killed in a fight.

People can change for the better. A hero always tells the truth, no matter what the consequences. Suggests that good acts are rewarded and bad ones punished. And, of course, trust your dog if he's been trained by the U.S. Marines.

A man offers another a bottle of beer.