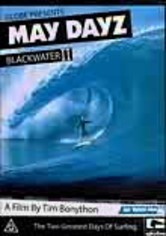 2005 NR 0h 39m DVD
Filmmaker Tim Bonython was lucky to have his camera on the beach at Teahupo'o on May 1, 2005, a happy coincidence that allowed him to capture some of the most incredible waves the world has ever seen. Featured surfers include C.J. and Damien Hobgood, Malik Joyeux, Ian Walsh, Dylan Longbottom, Garret McNamara, Bruce and Andy Irons, Shane Dorian and Mick Fanning. An adrenalin-pumping soundtrack includes music by Trapezoid, COG and Women of Troy.