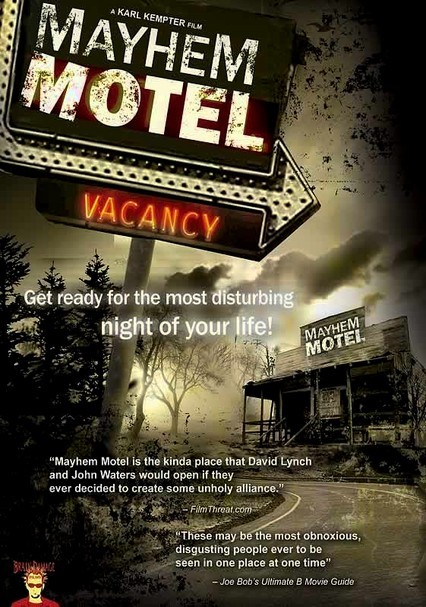 2001 NR 1h 15m DVD
On the outskirts of the city, a seedy, rundown motel serves as the setting for a host of the disturbing, the bizarre and the terrifying. Each room holds its own secrets, such as an irresistibly spankable prostitute, a sexual sadist who knows every way to humiliate his partner, a murderer, a suicidal traveler and more. Matthew Biancaniello, Lorene Scafaria and Sara Berkowitz star in writer-director Karl Kempter's debut film.