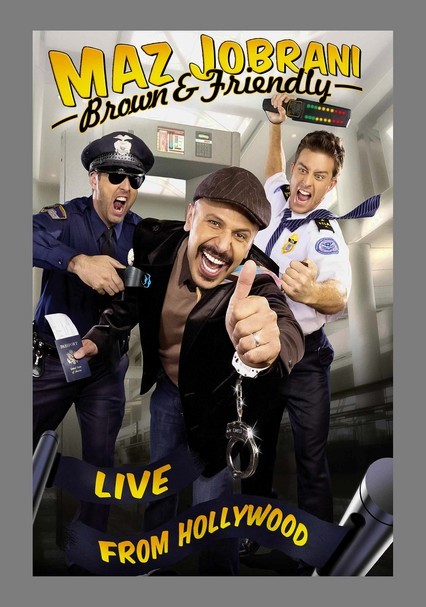 2009 NR 1h 5m DVD
Best known as part of the Axis of Evil Comedy Tour, Iranian American comedian Maz Jobrani offers up his unique -- and hilarious -- perspective on stereotypes and other contemporary issues in this stand-up special filmed live in Hollywood. Jobrani has appeared on "The Tonight Show with Jay Leno," "The Late Late Show with Craig Ferguson" and Comedy Central's "Premium Blend." WWE champion the Iron Sheik makes a guest appearance.