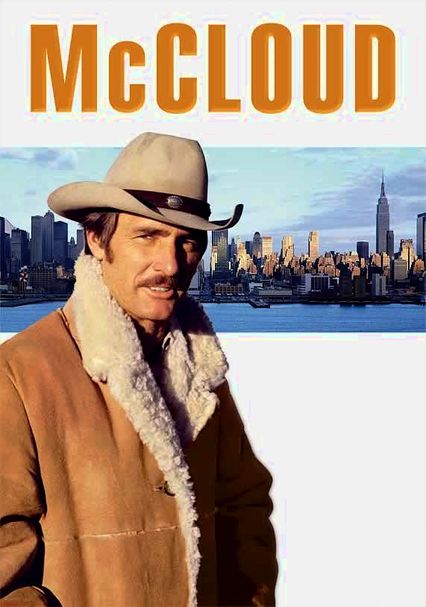 1970 TV-PG 1 season
Dennis Weaver plays a drawling, Stetson-topped lawman from New Mexico who jets to New York City to nab an escaped criminal, meets a girl he likes and winds up moving to the Big Apple to work as a police investigator in this successful 1970s drama. While his boss at the NYPD is less than thrilled by McCloud's crime-fighting style, his country smarts and unflappable manner earn him the respect of many other jaded New Yorkers.

Dennis Weaver plays cowboy cop Sam McCloud in this fish-out-of-water detective show, which was part of a rotating anthology series in the 1970s. Temporarily transplanted from Taos, N.M., to the Big Apple to learn urban law-enforcement methods, McCloud instead relies on country grit and old-fashioned legwork to catch the bad guys. Cast regulars include Terry Carter as Sgt. Joe Broadhurst and J.D. Cannon as cranky Police Chief Peter Clifford.