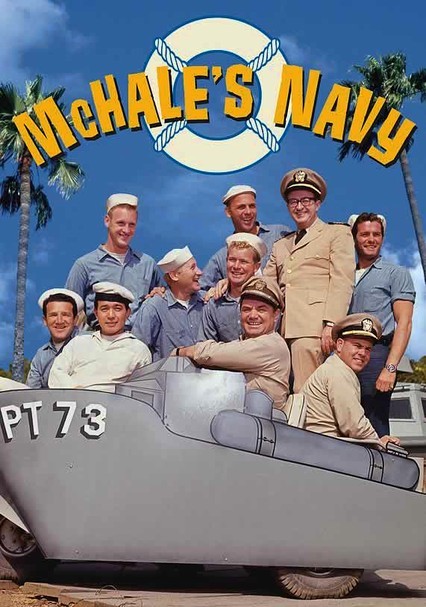 1962 TV-G 1 season
This classic 1960s sitcom follows Lt. Cmdr. Quinton McHale (Ernest Borgnine) and the rebellious crew of eccentrics aboard PT-73 during World War II as they sail the South Pacific and fight both the enemy and the strict naval regulations that they constantly flout. McHale's bumbling ensign, Parker (Tim Conway), tries to enforce the rules, but the sailors genially ignore him as they concoct plots to torment pompous Capt. Binghamton (Joe Flynn).