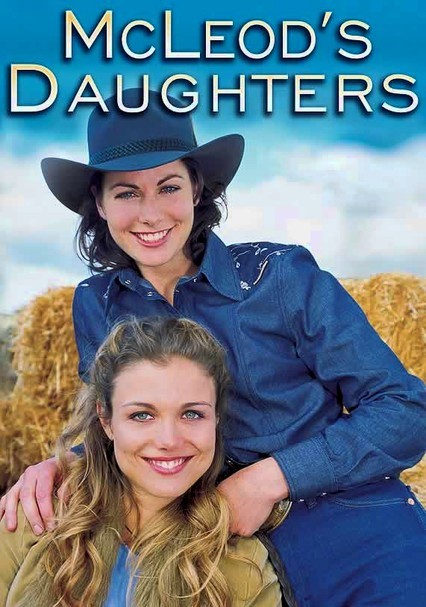 2001 TV-14 6 seasons
This empowering hit Australian drama series reunites a pair of long-lost half-sisters who inherit their father's financially troubled farm and hire a staff of hardworking women to help bring it back to life. Although it's been 20 years since Claire (Lisa Chappell) and Tess (Bridie Carter) have seen each other, their reunion is less than rosy. But as the siblings mend fences around the ranch, they repair lingering wounds in each other's hearts.

Claire (Lisa Chappell) and Tess (Bridie Carter) continue to deal with ranch and relationship issues as they helm the all-female workforce at Drover's Run. This season, the women face everything from cattle thieves to pregnancy; Claire pursues her dream of breeding stock horses; and Tess moves back to the city, unsure where she belongs. Wildly popular in its native Australia, the series co-stars Rachael Carpani, Sonia Todd and Jessica Napier.

There's no scarcity of drama in the third season of this long-running Australian series about a pair of sisters who inherit a rural ranch and decide to hire an all-female work force. Some of the biggest shockers hit the outback since the tragic death of their father, including Claire (Lisa Chappell) revealing the identity of her baby's father.

Tess McLeod (Bridie Carter) continues her struggle to oversee Drovers Run, a cattle ranch owned by her family for generations. Season 4 of the drama series finds Tess forging new relationships and facing new challenges without her sister Claire by her side. Adventure abounds for this extraordinary woman fiercely determined to keep the ranch in operation and make a living off the land in the rugged Australian Outback.

The ladies of Drovers Run return to face another round of humor and heartache in this Season 5 collection of the long-running Australian television series about the McLeod sisters and the vast cattle ranch they run with a women-only workforce. As the season opens, Nick and Tess struggle to stay together after the birth of his child with another woman. Meanwhile, the newly arrived Regan creates problems among the McLeods.

Filled with surprises, the seventh season of this dramatic TV series kicks off with Jodi Fountain McLeod and Rob Shelton (aka Matt Bosnich) playing dead and then later deciding to opt for the witness protection program. Meanwhile, Regan McLeod and Alex Ryan each depart from their South Australian homeland indefinitely; new characters Grace McLeod and Ashleigh Redstaff are introduced; and Stevie and Alex head for matrimonial bliss.

The eighth and final season of this popular Australian television drama finds the daughters McLeod struggling to keep the family homestead afloat at Drovers Run amid an ever-changing climate of tragedy and uncertainty. As the action unfolds, Riley (Dustin Clare) is still missing in the aftermath of the Christmas accident, although Grace (Abi Tucker), Patrick (Luke Jacobz) and Tayler (Gillian Alexy) have miraculously survived.