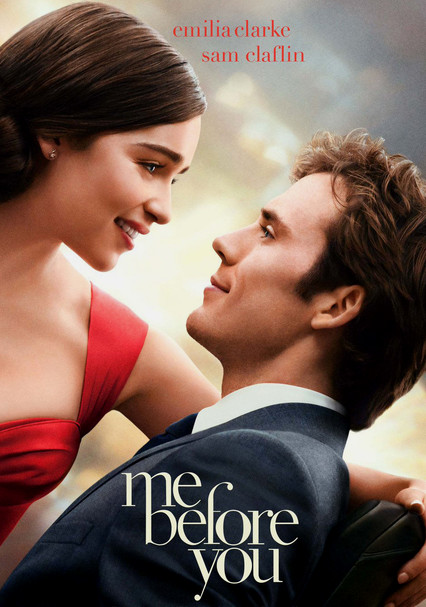 2016 PG-13 1h 50m Blu-ray / DVD
Planning to stay just six months, Lou Clark takes on the job of looking after rich but depressed Will Traynor, who's been left a quadriplegic by an accident. Despite Will's disillusionment, Lou is determined to show him that his life is worth living.

Parents need to know that Me Before You is a romantic drama based on Jojo Moyes' moving novel about a young woman (Emilia Clarke) in a tiny English town who takes the job of caring for an unhappy man (Sam Claflin) left paralyzed after being hit by a motorcycle. Expect some swearing (including "s--t," "bitch," "a--hole," and more, though not constantly), some drinking (sometimes to tipsiness), and racy content -- although there's nothing graphic, certain scenes feel very intimate, and there are some passionate kisses and references to sex and a woman's breasts/cleavage. While there are moments of levity and sweetness, the film's tone is a somber overall and sometimes downright tragic. The two main characters learn a lot from each other, especially about opening yourself up to different ways of thinking, but some viewers may find Will and his point of view problematic, since (spoiler alert) he feels that life isn't worth living if you're disabled.

A man is hit by a motorcycle (the accident isn't shown but is heard). A glimpse of wrist scars hints at a suicide attempt. A main character frequently suffers illness and painful episodes. Some arguing/confrontation.

You can't control what someone else does, thinks, or feels; you can simply love them and have compassion for them. Also: Make the most of your life, because it's the only one you've got. Always be open to new experiences, and keep an open mind when dealing with difficult people. (Possible spoiler!) Will represents a view that life isn't worth living if you're disabled, which many find problematic and/or offensive. But Lou fights hard to promote the opposite message.

Social drinking, occasionally to excess (no serious consequences). Will must take a lot of prescription medications.