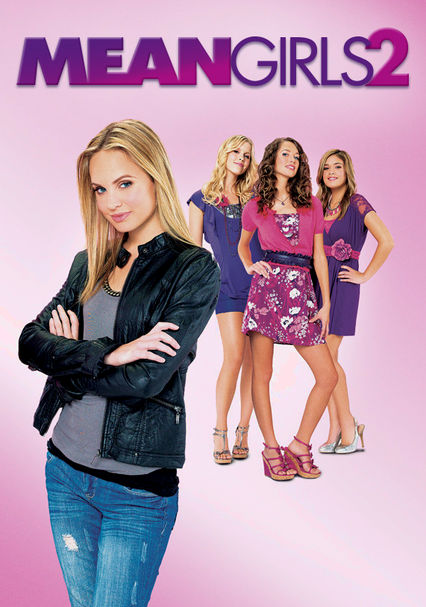 2011 PG-13 1h 36m DVD
The father of a high school pariah offers to pay new-girl Jo's way through college if she makes friends with his outcast daughter, Abby. The girls truly become friends, but their relationship is jeopardized when Abby learns about her dad's bribe.

Parents need to know that this follow-up to the hit movie Mean Girls has all-new characters but still deals with always-relevant teen issues like popularity, sexuality, and status seeking. There's some relatively salty language -- especially "ass" and "bitch" -- and several references to high-school relationships, whether it's to a promiscuous girl who trades make-out sessions for homework or the "embarassment" of still being a virgin who's only kissed one boy. Consumerism and materialism are referred to on an ongoing basis, especially cars and fashion designers. The upside is that families who watch can have thorough discussions about the mean girls they've encountered themselves.

Several instances of passionate kissing, sometimes in the high school. A few references to virginity (as if it were an affliction) and "late" first kisses, one character's "raging libido," and three girls who regret "putting out." In one scene, a boy throws up on his girlfriend during a public make-out session. Two high-school relationships are followed in the story -- one of which is based on status and looks, and the other of which is a much more positive example of teen romance.

Some roughhousing during a touch football game.

Ultimately the movie's messages are positive, because it shows how popularity and jealousy lead to a self-centeredness that's ugly and cruel. The story demonstrates that popularity isn't as important as finding true friends, whether they're deemed "cool" or not.

Many close-ups and mentions of vehicles, including Porsche, Vespa, Smartcar, and more. Designer brands like Prada (their bags make an appearance in a pivotal scene) and Versace are mentioned.