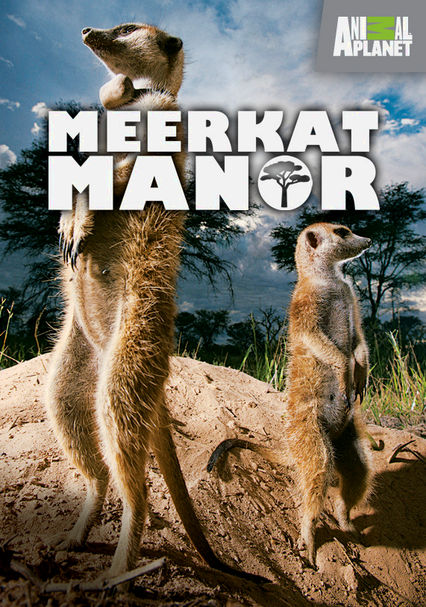 2005 TV-G 3 seasons
In South Africa's Kalahari Desert, witness the compelling tragedies and triumphs of the Whiskers, an adorable family of meerkats who confront violent storms, rival gangs, terrible infighting and other nerve-racking threats to their survival. Filmed using a multitude of cameras above and below ground, this unique Animal Planet series follows fun characters such as dominant female Flower and her partner, Zaphod.

A tight-knit family of meerkats -- descriptively dubbed "the Whiskers" -- puts an animal spin on human drama in this heartwarming Animal Planet series that follows their daily struggles living on the edge of Africa's Kalahari Desert. In the show's first season, Flower bears a new litter of pups; Shakespeare tangles with a puff adder; Youssarian rallies to protect his clan; and Mozart gets kicked out of the burrow.

Part nature program, part soap opera, this captivating Animal Planet series follows the Whiskers, a family of South African meerkats. Cutting-edge photography -- with cameras above and below ground -- captures the critters as their lives play out in dramas that equal the most riveting reality show, including romantic rivalries and the birth of two dozen pups. In the third season, new neighbors create problems for the Whiskers.

As the popular Animal Planet reality show returns for a fourth season, members of the Whiskers clan are still reeling from their split into two meerkat factions after the death of brave matriarch Flower. New leader Rocket Dog and splinter group head Maybelline face off as the two bands of meerkats struggle to survive the brutal conditions of the desert, attacks from the rival Commandos and dissension among the ranks.

Parents need to know that it's easy to get emotionally attached to these adorable furry creatures, so if disaster strikes (and it may), it can be pretty sad. Even though the stars are animals, voice-over narration explains their thought processes and assigns meaning to their sometimes-cruel actions. Parents may find themselves starting the "birds and bees" conversation after mating scenes or explaining nature's "survival of the fittest." Some scenes with predatory animals can be a little scary for young viewers.

Animal mating scenes might raise some questions from kids.

Meerkats engage in pretty intense battles with each other and other animals. Some key characters are injured and/or die.

Offers educational insights into wildlife; shows that all families have their ups and downs.