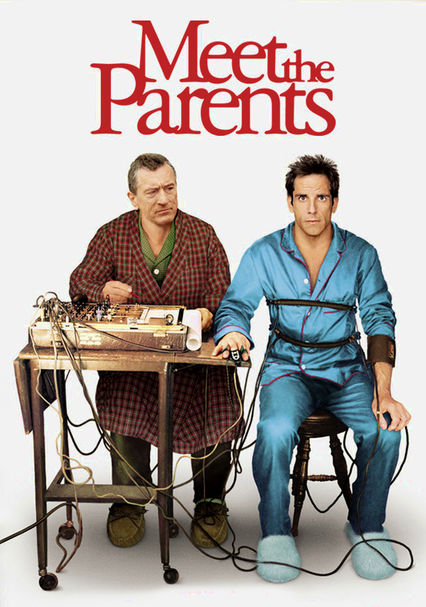 2000 PG-13 1h 47m DVD
Greg Focker wants to marry his girlfriend, but before he pops the question, he must win over her father, humorless former CIA agent Jack Byrnes. But everything that can go wrong does, all under Jack's critical, hawklike gaze.

Parents need to know that this movie has some strong language, especially in reference to Greg's unfortunate last name; drug use, plus cigarette smoking by the main character; a few sexual references and situations; and potty humor -- a septic tank backs up on the lawn, for starters. There's plenty of lying, spying, and sneaking around by the main characters that they eventually all need to own up to -- like when Greg loses the cat and tries to replace him with a lookalike from the local shelter.

Comic peril. A roof and gazebo catch on fire.

Some strong language and plenty of mentions of "Focker," Greg's unfortunate last name.

Characters insensitive to feelings of Jewish man, also deride his masculinity for being a nurse. Greg tries to pass off shelter cat for family pet. Greg loses his cool on an airplane and gets removed. Lots of lying and sneaking around by Jack, who mistrusts everyone and spies on everyone.

References to marijuana use, drinking, smoking. Greg smokes and tries to hide it.