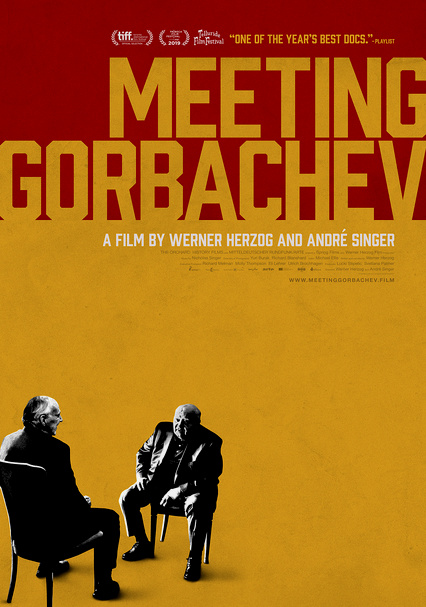 2019 NR 1h 35m DVD
Now 88 and battling illness, the visionary Mikhail Gorbachev, the former General Secretary of the U.S.S.R., is still gently but resolutely pushing towards his goals. Herzog celebrates Gorbachev's three remarkable accomplishments: negotiations with the U.S. to reduce nuclear weapons, cessation of Soviet control of Eastern Europe and the reunification of Germany, and the dissolution of the Soviet Union and Eastern bloc.