Megadeth: That One Night: Live in Buenos Aires 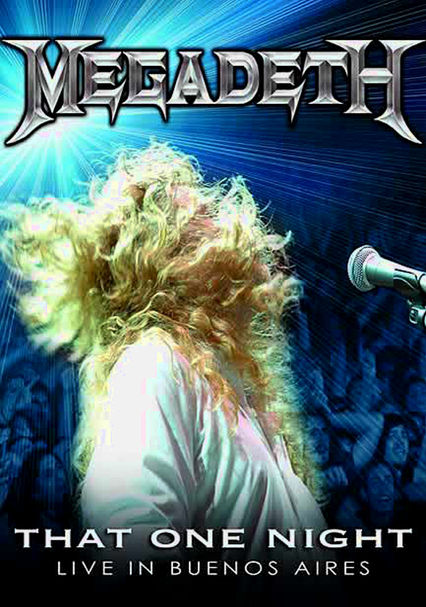 Megadeth: That One Night: Live in Buenos Aires

2005 NR 1h 35m DVD
Heavy metal superstars Megadeth wowed crowds in Buenos Aires, Argentina, in this 2005 concert captured on film. Recorded during one of the group's most creative and productive periods, this show represented a return to form for founder Dave Mustaine, who had suffered nerve damage and quit the guitar for two years. Highlights include versions of "Peace Sells," "In My Darkest Hour" and "Wake the Dead" that will more than satisfy fans.