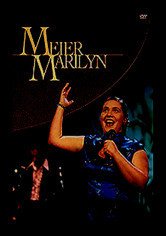 2003 NR 1h 30m DVD
With her hair salon near financial ruin, her relationship with her married boyfriend at a standstill and her weight dangerously on the rise, Marilyn (Bettina Stucky) can't help but feel that her life is headed south. But when her best friend, Halil, pushes her to perform on a television talent show, she'll have to pull herself together to hit the right notes. Stucky's performance earned her a Swiss Academy Award for Best Actress.