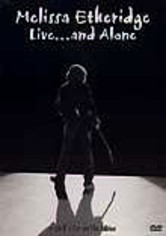 2001 NR 1h 30m DVD
Recorded at The Kodak Theatre in Los Angeles, this live concert performance documents Melissa Etheridge's 2001 solo tour, including favorites such as "Come to My Window." This is the first time Melissa's hits have been collected together in one package, and it's also her first live video release. Also features exclusive interview footage.