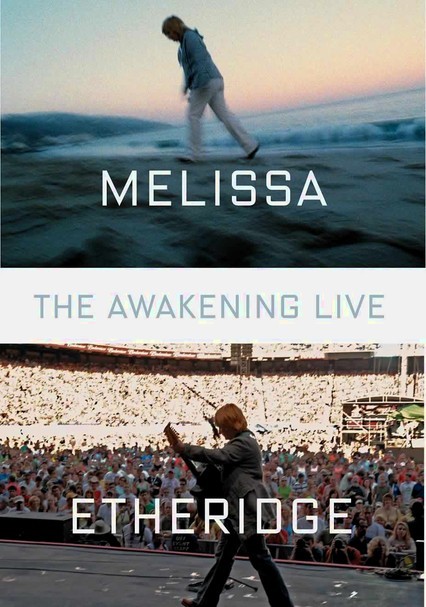 2007 NR 2h 0m DVD
Melissa Etheridge returns to the stage after surviving breast cancer with this September 2007 performance celebrating the release of her album "The Awakening." The always political Etheridge proves she hasn't lost her edge with inspired renditions of tracks such as "I Need to Wake Up" (from the film An Inconvenient Truth), "Message to Myself" and more. Five videos and behind-the-scenes footage of the making of "The Awakening" are also included.