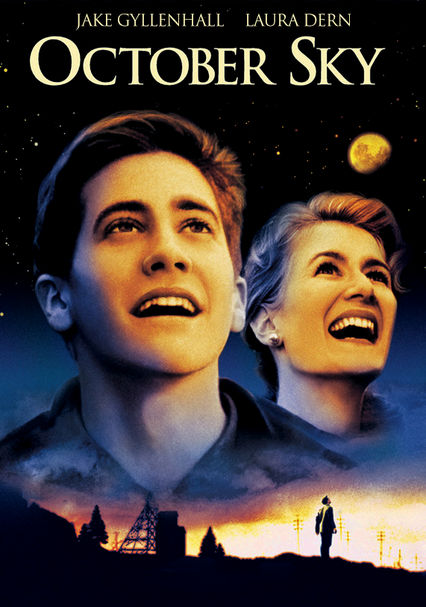 1999 PG 1h 48m DVD
As the Soviet satellite Sputnik streaks across the heavens in October 1957, it's a source of inspiration for 17-year-old Homer Hickam. Drafting a few friends to help, Homer crafts a rocket to compete for a science fair scholarship.

Parents need to know that this moving drama based on a true story centers on a very difficult, tense father-son relationship. Ultimately, the movie is about following your dreams, no matter how unachievable they might feel. In one scene, a drunken stepfather beats up one of the main character's friends; there's also some surprisingly strong language for a PG-rated movie (including "s--t") and a few mild sexual references.

Some talk of kissing and putting the moves on girls, but nothing is really shown.

A boy is beaten in public by his stepfather. There's a brief glimpse of a dead body, as well as a potentially scary mine cave-in. Someone shoots at a character through a window (no injuries). Some accidents with the test rockets.

Emphasizes the importance of following your dreams, no matter how impossible they might seem. Also underlines the necessity of hard work and creativity.

Some drinking; a minor character is an alcoholic. Brief glimpse of smoking.