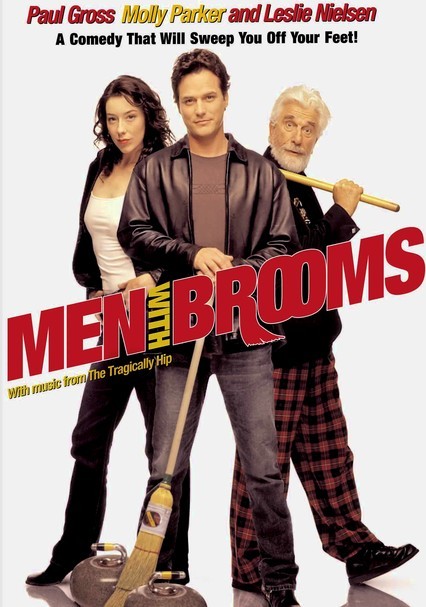 2002 R 1h 42m DVD
No serious sports fan could possibly take a sport played with brooms seriously, so this comedy about curling is prime Leslie Nielsen material. Four guys in Long Bay, Ontario, are reunited after the death of their curling coach. To honor their coach's last wish, they proceed to reunite the team and make a go at the greatest prize in the sport: The Golden Broom. Paul Gross co-wrote, directed and stars in this quirky comedy.