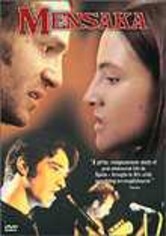 1998 NR 1h 45m DVD
A struggling rock band looks to break out of the local Madrid scene and gain real popularity. But the members begin to spar with each other when their dreams start coming true. Some of the members disapprove of the "urban poet" label local critics have given them; others find they prefer bedding groupies rather than concentrating on the music. This film won the Goya Award (Spain's equivalent to the Oscars) for Best Screenplay.