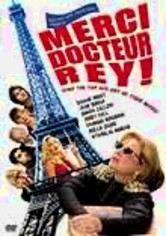 2002 R 1h 32m DVD
Elisabeth (Dianne Wiest) is an American opera singer whose latest gig in Paris will give her some time with her son Thomas (Stanislas Merhar), whose gay lifestyle is a secret. Thomas avoids his mother and winds up witnessing a murder, sending him on a hunt to find the killer. Also troubling is a secret his mother revealed about his late father. All of this puts Thomas in therapy, where he turns to a fellow patient (Jane Birkin) for support.