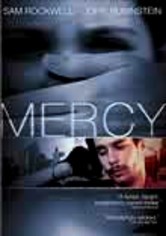 1996 R 1h 25m DVD
A racist man comes face to face with his demons after his daughter is kidnapped in this thriller. When wealthy lawyer Frank Kramer (John Rubinstein) learns that his daughter (Reah Silver-Smith) has been kidnapped, he agrees to adhere to the perpetrators' wishes. But as he runs from one dangerous 'hood to another to pick up the kidnappers' instructions, he realizes that the criminals want to torture him even more than they want the ransom money.