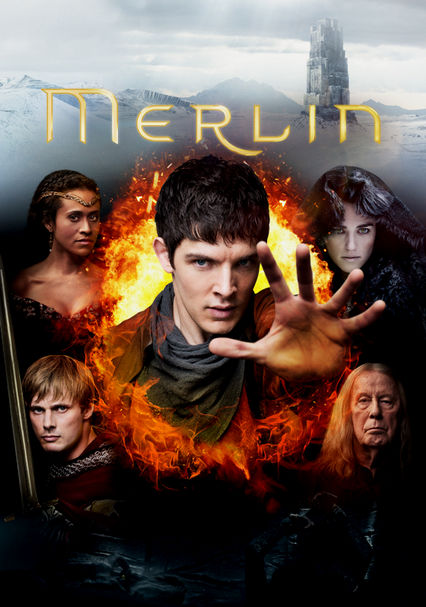 2008 NR 5 seasons
This family-oriented retelling of the popular King Arthur legend finds Merlin arriving in Camelot, where magic is banned. There, he secretly hones his sorcery skills with the help of his uncle, the court physician.

Not long after arriving in Camelot, a majestic kingdom where magic is a capital crime, young warlock Merlin realizes that his true mission is to use his powers to protect the future king Arthur.

Magic and action reign in Season 2 of this family show featuring young warlock Merlin, who acts as a servant to Arthur, the future king of Camelot. But Merlin must keep his abilities a secret because magic has been banned by Arthur's father.

The third season of this Syfy series inspired by the legend of King Arthur and his mentor, the sorcerer Merlin, picks up with Morgana a year after she fled Camelot and joined forces with the sorceress Morgause.

As the magic-infused saga of Arthur and his court flows into a fourth season, Camelot's future is threatened by the powerful sorceress Morgana. Arthur's faithful ally Merlin must use all his wits and strength to save the kingdom from a hideous fate.

A now-grown Mordred returns in the fifth season of this lavish fantasy series, which finds King Arthur and Queen Gwynevere reigning over Camelot. Some say he's destined to kill the young king, but can the fates be stopped?

Parents need to know that this swords-'n'-sorcery series takes place in a Camelot very different from the one portrayed in other versions of the King Arthur legend: Merlin is young and untrained, King Uther Pendragon is something of a despot, practicing magic is a crime punishable by death, and Prince Arthur is a spoiled bully. There's no swearing and little romance, but expect plenty of action involving dark magic, swords, daggers, and other medieval weaponry.

Some of the women wear low-cut dresses, and there are plenty of flirtatious interactions -- but little actual romance.

Expect lots of action in this swords-'n'-sorcery series, including sword fights and other forms of hand-to-hand combat. Some of the scenes seem more intense than others. A flail battle between a young Prince Arthur and a young Merlin is played somewhat comically, for example, while an execution scene is more harrowing, with a prisoner being decapitated (viewers see the axe fall, and the crowd winces, but nothing more). There's also dark magic, evil spells, assassination attempts, and more.

This is a side of Camelot that hasn't been seen before; the show isn't focused on conveying specific positive messages, but by presenting different takes on "heroes" we all know well, it makes you think about them differently and humanizes them.

Some characters appear to be drinking wine at feasts.