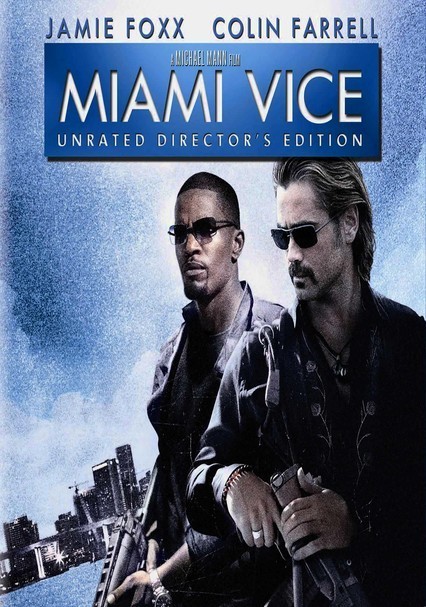 2006 UR 2h 20m Blu-ray / DVD
This gritty adaptation of the popular 1980s television series moves vice squad cops Tubbs and Crockett into the new millennium. Attempting to identify the group behind a recent string of murders, they work undercover with a South Florida drug dealer.

Parents need to know that this movie is not for kids. It's focused on cops undercover as drug smugglers: This involves lying, dealing with criminals, and performing illegal activities. The film includes frequent references to drug use and some images (crystal meth, cocaine, heroin). It also features brutal violence: gunshots blow through bodies, limbs, and heads, producing much blood. The effect is not cartoonish, but grisly and startling. Characters seek revenge, but don't always feel better when they achieve it.

Repeated uses of f-word and s--t; other obscenities and occasional slang for male genitals.

Cops and criminals corrupt; undercover cops lie for a living and kill many bad guys, but love their women.