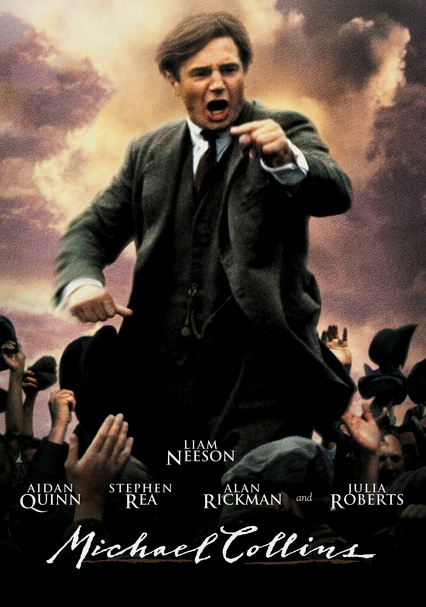 1996 R 2h 13m DVD
Neil Jordan directed this powerful biopic about the rise and fall of Michael Collins (Liam Neeson), the charismatic leader of Ireland's fight for independence. Collins and his companions de Valera (Alan Rickman), Broy (Stephen Rea), Boland (Aidan Quinn) and Kitty Kiernan (Julia Roberts) used guerilla warfare to attack the British. The eventual treaty was seen by many as a weak compromise, and Collins was branded a traitor to the Irish cause.