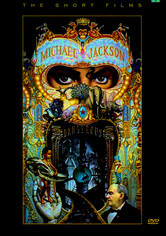 2001 NR 1h 52m DVD
This film captures the visual and musical highlights of the King of Pop's 1990s-era string of hit singles, along with behind-the-scenes profiles of the making of Jackson's state-of-the-art short films. Included is extensive footage from "Black or White," "Remember the Time" and "In the Closet," providing an inside glimpse at Jackson's incredible music filmmaking. Also includes two versions of "Heal the World" and "Dangerous" tour highlights.