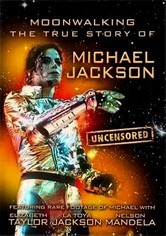 2009 NR 1h 0m DVD
Learn the truth about Michael Jackson's last years from the people who knew him best. This documentary focuses on the King of Pop's self-indulgent celebrity lifestyle and destructive habits, which may have played a role in his early death. It includes rare footage of Jackson hobnobbing with Princess Diana, Nelson Mandela and other celebrities, and in-depth interviews with best friend Elizabeth Taylor and sister La Toya Jackson.