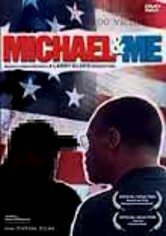 2005 NR 1h 30m DVD
In this provocative documentary, libertarian talk-radio personality and author Larry Elder takes controversial film director Michael Moore to task and deconstructs his anti-gun film Bowling for Columbine. Elder's debut effort borrows freely from the opinionated Moore -- including an animated segment in which Elder interviews a visibly uptight Moore -- to defend the Second Amendment and the rights of Americans to own and use firearms.